And in English please ?

In 1858, India is a British colony. In 1917, Mahatma Gandhi became the leader of the non-violent struggle for Indian independence and launched civil disobedience movements. Among these, in 1930, Gandhi engaged in a large-scale action : the Salt walk. At that time, the government introduced a salt tax and made it payable by all Indians. As a result, it became forbidden to take salt by ourselves.

Accompanied by a few dozen disciples and journalists, the Mahatma walked 386 kilometres.

He arrives in Jalalpur, on the edge of the Indian Ocean, on 6 April. At the water’s edge, he collects a handful of salt in his hands, and invites his compatriots to do the same, and to collect the salt themselves. This gesture, which may seem insignificant, will become one of the symbols of civil disobedience in India.

Another example of one of his many actions, concerns the khadi, which is an Indian cloth woven by hand using a special wheel. In 1920, Gandhi tried to convince the Indian people to abandon British-made clothes using Indian fabrics. The khadi became the symbol of this non-violent struggle for Indian independence. This fabric is often made of cotton, sometimes silk, and is woven by hand on a Charkha wheel, and still brings Indian craftsmanship to life today.

It is in this context that in February 2020, we arrived at the National Camel Research Centre. He took us on a tour of his shop, showed us his loom and told us at length about his life’s journey. He likes to bring the Khadi to life and to promote it in India, and to many people all over the world.

The technique of weaving is ancestral and by buying a Khadi piece, we help to support thousands of Indian craftsmen, 70% of whom are women. Handicrafts represent the daily life and a source of income for many people. It continues to sustain a local, social and ecological economy.

“If we had the spirit of Khadi in us, we would surround ourselves with simplicity in all areas of life”, Mahatma Gandhi

When we arrived here, we thought we would do a short interview on Ashok and Khadi. But in the end, it was much more than that that we were able to perceive.

Ashok, an academic and curious man of letters, shared his vision of life with us in a few hours, he pushed us to our limits and confirmed our minimalist and ecological vision of our way of life. We discussed the world in which we live and the ever-present consumerism. Together, we shared a strong and soft moment, around the themes of our trip: meetings, sharing, and nice sustainable projects. The video that we made will always bring back inexhaustible memories. That day, we discovered more than a shop, we met a man.

Thank you Ashok for this moment together, talking about crafts, but mostly without the camera, discussing the meaning of our lives.  We will continue to ask ourselves, to exchange and share projects like yours, projects that make us happy. 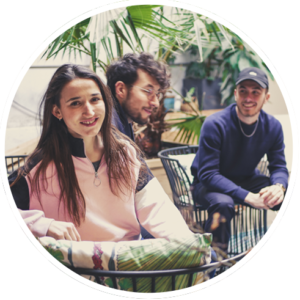 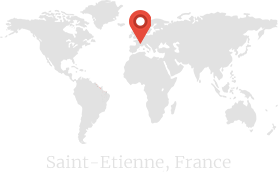